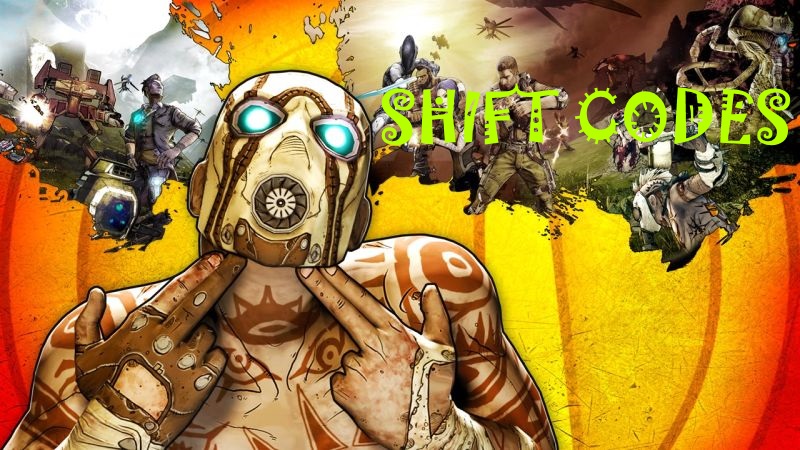 Not many games in the past have surfaced where the developers rush out with help every now and then. Most of the games are like fire and forget missiles where the developers get down developing the next big thing. However, the Borderland series from GearBox Sofware is one game where the developer keeps reaching back to the players. The developers come up with shift codes that can be entered in the game start screen>Extra>Shift Codes. These shift codes give you a variety of advantages that can range from golden keys to legendary weapons and even epic magic portions.
The post deals on how and where to get those codes along with some codes that are live until date.

Where to get the codes

There are a number of places where you can get these shift codes.
The number one place is the twitter feed of Gearbox Software whereas the second source is their Facebook Page.
These forums post about 5 Shift codes every other weekend, so follow them and put their updates as alerts on your phones so you never miss out. However, the downside is that these codes are usually live for 3-4 hours and then get expired. Therefore, get the codes and use them immediately. However, it is pertinent to note that the items you unlock or get with the help of these codes will remain with you till the time you use them, irrespective of the code status.

Once you use the shift code, you can get a number of benefits. These include skins that can be used to decorate your character. However, skins don’t play a major role in the betterment of your gameplay or skill set. However, you can use these codes to unlock guns of a higher level than can easily make the game easy for you since the enemies are from a timeline where you are supposed to have a lower level weapon status.

However, the most important aspect of the game that you unlock is the Golden Keys.
Golden Keys are used for opening the vault in the sanctuary in order to get random loot items like health, weapons (of higher level) and various games assisting objects that are usually difficult to find in the game itself. One Golden Key opens the vault once and every time you open it there is a new item in there for you. Always remember to use the Golden keys the moment you level up because it provides you high-level weapons which, one adds to your level and two provides better firepower for reaching the next game stage.

Top Codes To Use

There are some codes that are always usable since they haven’t expired after being issued.
The top codes you must have (apart from the week/biweekly ones reported by the official Social Media Accounts) include:

This is one of the earliest codes for Borderland where Randy Pitchford tweeted it in 2014.
You were probably busy playing the first version of Borderland when this happened and you may have missed it.
This is still live and can be used to get 20 Golden Keys which is good enough for the first playthrough as it gives you a clear early-on Advantage.

Luck Of the Zafords Code

Upon entering the code you will get a number of St Patrick’s Day theme skins. These include Axton being green, Salvador’s let us are bad guys, Krieg’s Peel the skin, Gaige’s Lime Lollipop, Maya’s Emerald Hornet, and Zero’s Emerald Assassin. Additionally, you get a high-level SMG that dish out a big amount of damage.
Use your highest level of character with the highest difficulty level so you make the most of it.

These are a tricky set of codes that bring about the Dragon Keep DLC skins.
The trick is that unlike the previous codes, there is no single code for all characters but a different one for each characterץ

They are supposed to drop in from the desk chest but it is almost impossible to get them all to match the skins you have from the previous codes.
Therefore, you can use these codes to unlock them at the very start.

These cool skins and heads were made available for the promotion of the previous versions which a lot of players hadn’t played.
Therefore, your current vault hunters can unlock the skins of the original 4 vault hunters by using these codes

As a means of promotion of the handsome collection, the Gearbox announced a code for 25 Golden Keys through twitter which is an equivalent of 5 codes that give 5 keys each. However, this code has not expired since 2015. This is really useful, especially when you are new to the game.
However, veteran players can also benefit by increasing some of their weapon classes and damage ability.

You go through this blog post and you end up with 70 Golden Keys in total once you start the game.
This is one of the latest codes that was tweeted by Randy Pitchford in March of 2019 which is still not expired.

Bunkers and Badasses is the game being played as an Analog for the real world DnD as a means for promoting the Dragon Keep DLC. Therefore Gearbox decided to release codes that assist your character in getting one Dragon Keep class mod for the first character that they load.
These mods work upon the combination prefixes that work upon percent based bonuses that you get.

Therefore, if you are new to Borderland 2 these Shift Codes will give you a definite edge even before you start playing.
Although these codes are of little help once you are playing at advanced levels with advanced level equipment.
However, you can always keep track of codes that are being shot up or being expired through this place.

Growing up with 4 brothers, all she did was play video games. From Pacman to call of duty, she never turned down an opportunity to play video games, either in the street arcade or in the comfort of her home. Now she writes about her childhood passion: video games!
You might also like
borderlands2TIPS & TRICKS