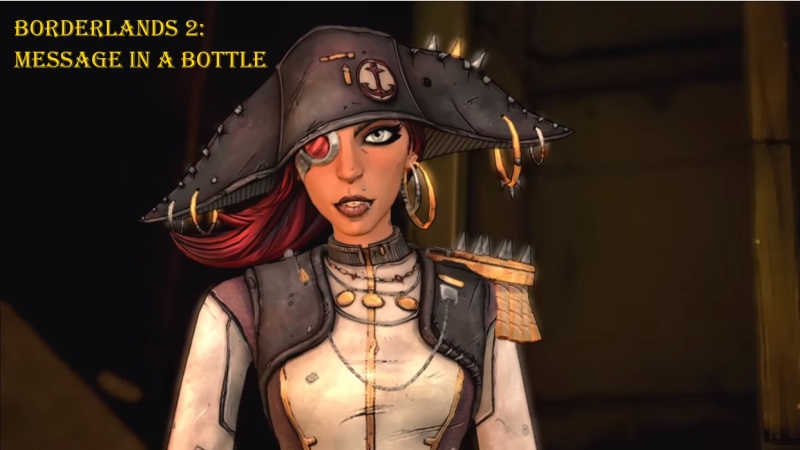 Message In A Bottle is an optional mission in Borderlands 2, a part of the DLC Captain Scarlett and Her Pirate’s Booty.
It has 5 parts that take place in different locations with two mission objectives to find the treasure and to Open the chest.
The mini-map locations on how to track each chest are shown in this post. 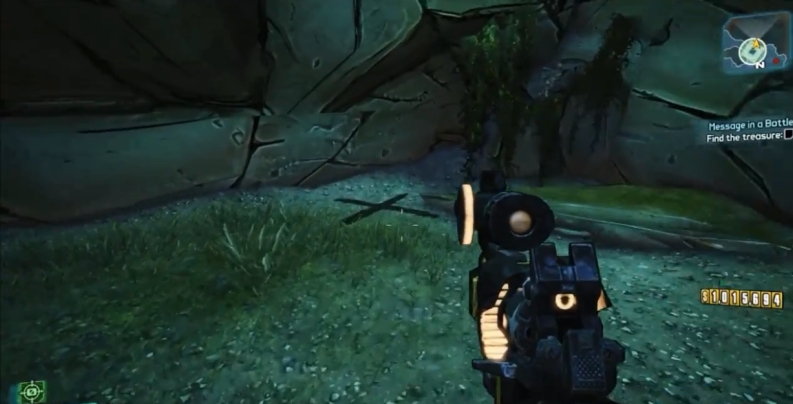 Arriving at the map location and climbing a ledge there is a bottle behind a waterfall.
Go between the rocks until you see some mushrooms and a tree to find the bottle.
Smash the bottle to fight a cave Crystalisk and than in the cave, you should see X marking the chest position.
Dig to find and open the chest.
At level 30 rewards are $2696, 789 XP, Rapier a cursed (has a negative effect on the holder in exchange for their benefits)
unique assault rifle manufactured by Vladof. it gives – +200% melee damage bonus and excellent for use with characters as Zer0 with a Bloodshed build. 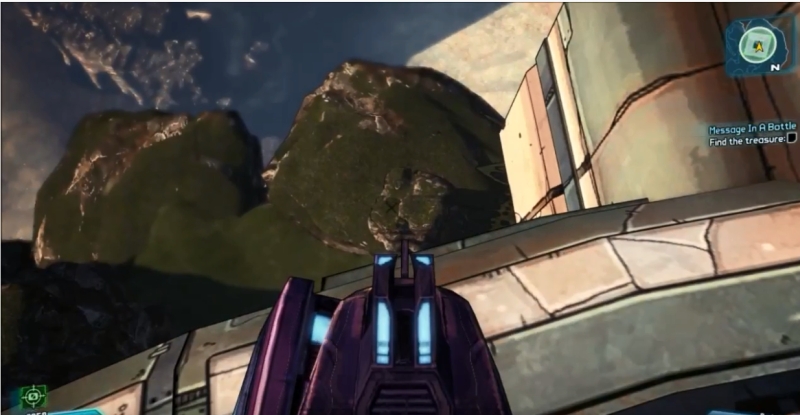 Go to Magnys Lighthouse and take the elevator up to the tower top.
From the window look down to the ground and search for the X mark.
You’ll be able to see it on a pillar of stone to the right with some grass on the top, jump down and the chest will pop.
At level 45 rewards are $2696, 789 XP, Captain Blade’s Midnight Star a unique cursed MIRV grenade manufactured by Torgue.

As you reach to Rockview Rest Stop you’ll see abandoned car lot and need to face some pirates gunners.
In the town of Oasis there is a building with a garage door and a large X mark painted on the door.
Pull the lever to open the door and to find the chest.
At level 43 rewards are $1348, 789 XP, Orphan Maker a cursed unique shotgun of Jakob.
The shotgun causes high damage, allowing critical points to be targeted more easily and can activate several skills like:
Smaller, Lighter, Faster, Shock at once. 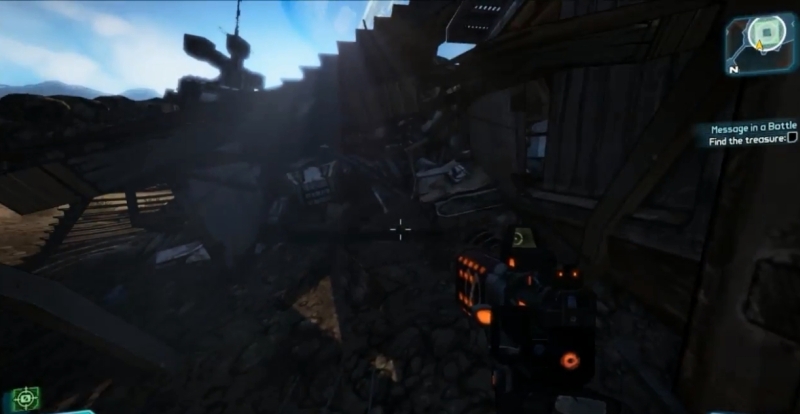 Following the map at Dreg Scrapyard you can find the treasure when the mini-map arrow points to the north and on the map left-south.
The chest is under a shed of an old hut where the ground is marked by a big black X near a box.
At level 43 rewards are $2696, 789 XP, Captain Blade’s Otto Idol a cursed unique relic manufactured by the Eridians.
Equipped with the relic killing an enemy restores health with a minimum 5.5% healing rate, best use with conjunction with weapons that have large explosive spread. 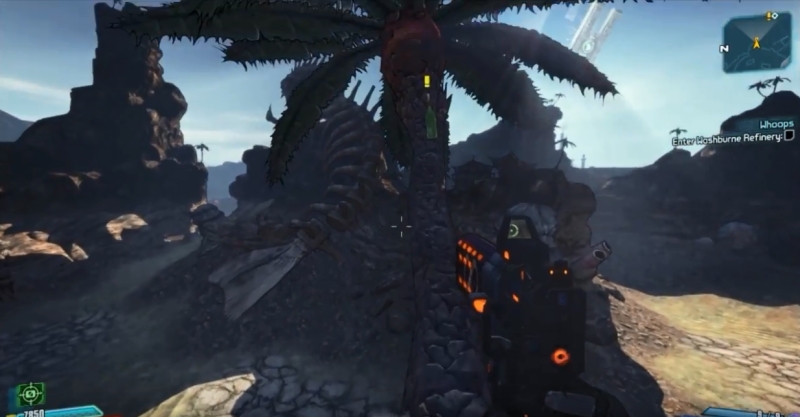 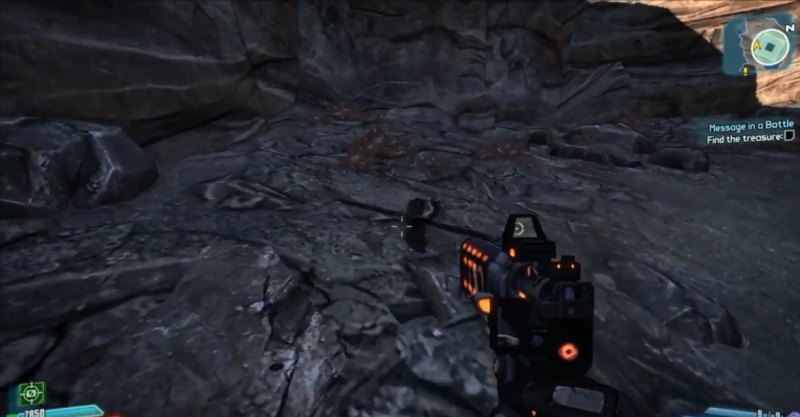 To start the mission you need to find the bottle placed on a palm tree on a cliff (see picture 1).
Follow the map until finding a passage at Wurmwater Flats and a pirate location named Hegeland Camp.
Continue until encountering a Sand Worms near old moors, kill the worms and collect the loot.
Look for an X sign on the ground in the south-western corner where the chest is to complete the mission.
“You found the treasure!” Turn In: Wurmwater Treasure Chest
At level 30 rewards are $1348, 789 XP, Captain Blade’s Manly Man Shield a unique cursed shield manufactured by Torgue.
Adds bonus explosive damage of 40% of the character’s base melee attacks, but also wearer takes increased damage from elemental sources.

When Hunter was a little boy his brother used to play Half-Life and the rest is history. from there Hunter starts playing with the best shooting games for PC. These days he likes not only playing FPS (first-person shooters) but exploring a variety of other Games while writing about his impressions and experience.
You might also like
borderlands2borderlands2 optional missionsTIPS & TRICKSWALKTHROUGH