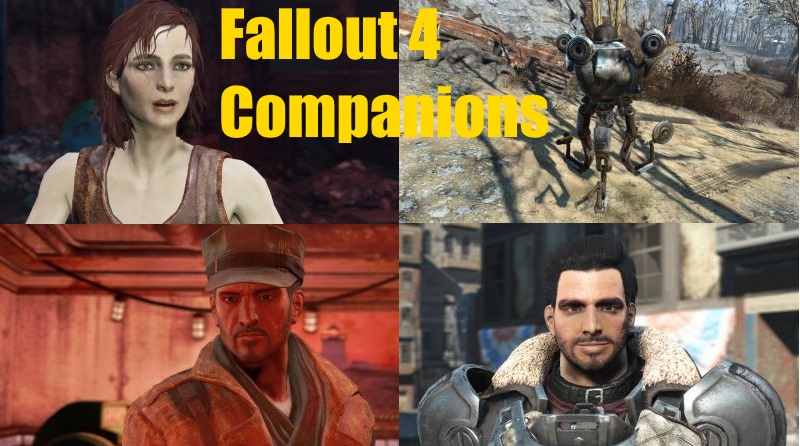 Fallout 4 is the fifth massive entry in the series of Fallout video games, released by Bethesda Softworks.
The game contains only Single-player mode, and it was released on 10 November 2015 for PS4, Xbox One, and PC.
Set in the post-apocalyptic-themed world comprises a city of Boston and the surrounding region called “The Commonwealth.”
The storyline starts in the futuristic year 2287, ten years after the event of the previous title, which caused catastrophic nuclear devastation across the US.

The game puts the player in charge of a Sole Survivor, who appears from a massive stasis in Vault 111, a Fallout shelter. Using only the first-person perspective, the player can move across the world, fighting against enemies, and defeat them for in-game currency. During the gameplay, the player can’t navigate the environment alone; there are dozens of ways to explore the targeted area with companions. Yes, Fallout 4 introduces a dozen of cool companions with unique abilities, personalities, and skills and will appear somewhere in the wasteland to help you out. While playing the game, you have an option to have only one companion accompanying you at a time, and many you can switch between them. Some companions may be romantic, dangerous, and funny through various gameplay.

Here’s a list of Best Fallout 4 Companions for you to choose from and make your gameplay a bit easier, romantic, and impressive.
Each companion has their unique attributes, their pros, and cons. You should choose the companion that is master in fight for a quest during which you will partake in a massive battle, and for a quest during which you explore the areas, and you should command an ally that will help you in communicating with Non-player Characters. 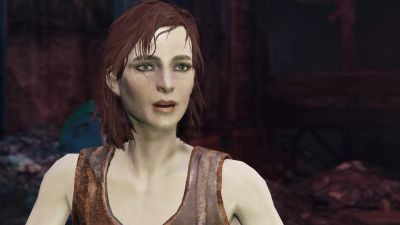 If you’re looking for a female warrior, then Cait will be a perfect choice for you. She is a warrior and earns the money by partaking in cage battles. The scene will change once she discovers you for the first time. To find Cait, you need to visit “Combat Zone,” situated amid Boston. On the map, the location is marked for you to reach easily. Once there, you will need to take on a team of opposing bandits using modern weapons. After defeating them, you can quickly find yourself in a cage where you will be forced to partake in some fierce fights upon reaching a big cage. Once all opponents are defeated, you can access a large cage to interact with Tommy, and he will offer you take Cait as your companion. 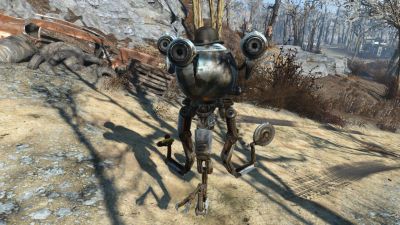 Serving as one of the first and the best companions, you can add it to your team within no time. Although it’s a robot and belongs to the main protagonist’s family before the apocalypse. Here the location where you can find him “the Sanctuary,” the first place you will have to navigate after leaving the Vault 111. Upon approaching you can invite the robot to be a part of your party without completing additional requirements. 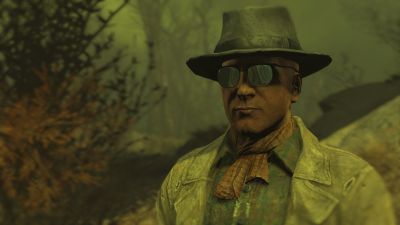 Deacon is a handsome character, serving as the part of the Railroad Faction. Undoubtedly, he is a charismatic and handsome character and in battle, he is superb. During the battle, he can use a variety of weapons of his choice and can quickly pick useful items dropped from killed enemies. Deacon can dress up stylish clothes of his own to adjust him according to the situation.

Deacon will become part of your team after the completion of The Road to Freedom and Tradecraft quests. Once done, you will locate him in Railroad HQ (Headquarter). 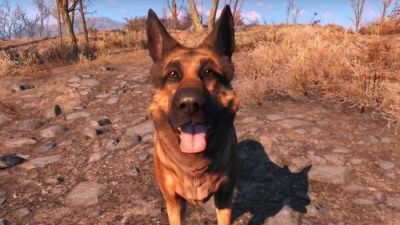 Similar to Codsworth, Dogmeat, a dog (German Shepard), is available to join your team as one of the first companions.

As shown in the image, you can find this dog in the Red Rocket Truck Stop location. The area isn’t so far, and it’s near the Sanctuary where you start the game. Once reached, your truck will stop, and you don’t need to do anything; the dog will find you by itself and join you. 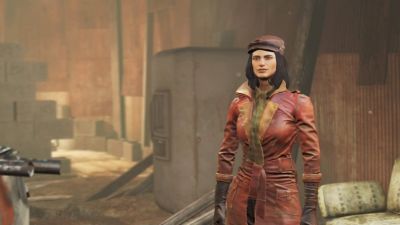 Piper is a beautiful reporter who comes from Diamond City, who later becomes fascinated with the plot of the protagonist. She will join you early in the game and will assist you throughout the story.

Your first encounter with his companion will happen when you are getting into the Diamond City. After that, you visit her during one of the main challenging quests. While playing the game, you can use the help of Piper to get to the Diamond City Market, and then you get able to meet with her inside the paper, Publick Occurrences. As the game advances and the conversation gets over, you become able to invite the reporter to be a part of your team. 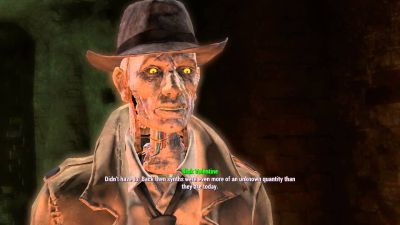 He’s a detective from the Diamond City. During the gameplay, you will encounter him when trying to complete the main story. The character is fully dressed as a detective and has a variety of tools to use and help you during the game.

At the start, one of the main quests is searching a detective, known as Nick Valentine. During the gameplay, after saving him from Vault 114, you can encounter him in his agency, situated in the Diamond City Market, and he will join you instantly to work. He will be accompanying you during the main quest, “Long Time Coming.” After completing the final part of the challenging mission, you will be able to choose him as your companion to navigate the world along with you. 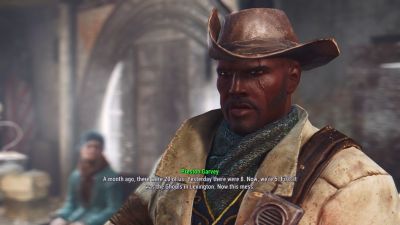 Preston Garvey is the main character in the Minutemen Faction equipped with a beautiful hat and other stylish outfits. You will encounter him early in the game.

If you would love to make him your companion, then you can find him in the Museum of Freedom, situated in the city of Concord. While moving across the world, you can visit the beautiful place during the time of completing the first main quest, “Out of Time.” Once you take on the raiders during the When Freedom Call quest, you will discover Preston in the Sanctuary. Then the conversation will start between you and the character, and if you get agree to help his faction, then you can invite him to become a member of your team. 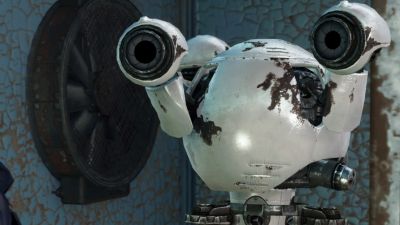 Curie is a robot and always ready to be your optional companion. To find him, you should visit Vault 81 and try to accomplish the main quests. You would be amazed to know that the character trait of Curie is like a Female Gender and possesses a French Accent.

How to Find Curie

Very simple, you will catch him in Vault 81, while completing the quest “Hole in the Wall.” During the pursuit, she will offer you medication that you need to complete the quest. However, once the quest ends, the dialogue will start between you and the robot; after that, she will happily join you or will be sent to a chosen settlement. 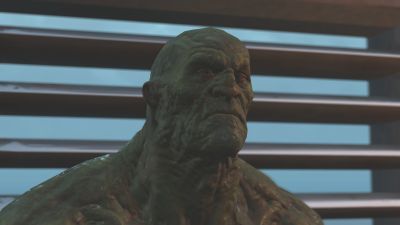 A horrible super-mutant, who decided to travel with you after freed him. Actually, he hated his faction and he’s not so smart, but can drop funny comments which may make you laugh. During the game, he will be one of the harder companions when it comes to creating a strong relationship. After a specific time, he will offer you a piece of meat that he finds across the world.

You can easily access to this mutant in the midst of Boston, Trinity Tower. Upon reaching, when you pick up a radio signal, you just need to follow the source and approach the highest floor of the tower where you are able to activate the Curtain Call Quest. Once you, along with other companions come out, Strong will become a part of your team. 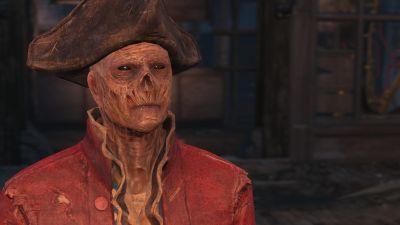 Imagine what will happen when you visit the Goodneighbor, you probably encounter Hancock who is ruling over there. The character is fully dressed as a ship captain and considering himself as weird. With a small conversation, you can obtain some drugs or medicaments from him.

You can meet with John Hancock anytime whenever you want in the house of “Goodneighbor.” During the gameplay, he will join you after the completion of The Big Dig Quest offered by Bobbi. Keep in mind, merely the conclusion of the quest isn’t enough; in the end you should pick Fahrenheit’s, who is the security chief of a warehouse owned by Hancock. It doesn’t matter whether you kill Bobbi or convince her to leave. 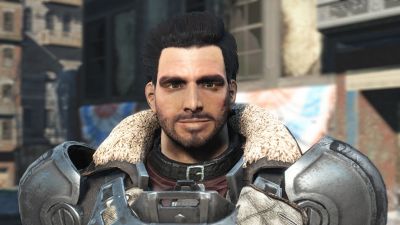 Paladin Danse serves as the team member of the Brotherhood of Steel, acting as one of the four prominent factions of the game. During the gameplay, he will be the first person you will encounter.

Usually, you can find Paladin Danse easily in Cambridge Police Station, situated amid the map. After reaching the location, you need to help Danse in getting rid of ghouls during the quest “Fire Support.” After conquering the battlefield, you become able to interact with Paladin Danse and can let him know that you are willing to work with his faction. After that, you need to complete some quests for his faction until you accomplish the Tour of Duty Quest.

If you’re looking for a synth courser, then X6-88 will be the best companion of you. You can find it in the institute secret quarter and it will be the last companion that you could add to your team.

You can discover X6-88 in the Institute quarters. At the start, the location is locked but after completing the quest, it will get unlock to explore. During the main quest, you need to sign an agreement to start cooperating with the institute. Synth joins you during the first quest and after the completion, he gets ready to go with you on an epic journey. 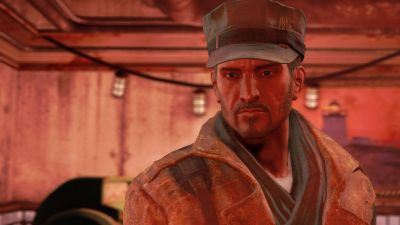 A former mercenary, who is a bit confused; therefore, his conscience isn’t clear about which you will come to know while defending his ex-associates during the challenging quest “Long Road Ahead” which you obtain after winning his trust.

To this mercenary is very easy, you just need to visit the Goodneighbor, in the third Rail Bar. After starting a conversation with the other two mercenaries, you can interact with him to ask why not he joins and travels with you. Keep in mind, it will cost you 250 bottlecaps.

When Hunter was a little boy his brother used to play Half-Life and the rest is history. from there Hunter starts playing with the best shooting games for PC. These days he likes not only playing FPS (first-person shooters) but exploring a variety of other Games while writing about his impressions and experience.
You might also like
FALLOUT 4GAMES

by Dylan on September 21, 2019
This is Fallout 4 Maxwell’s World Mod Walkthrough. The mod is made of seven quest parts, with seven different possible endings that depend on your choices during the main quest. It includes new enemies, new companions, and new weapons. To learn more about another mod of FO4 read this post. I hope you enjoy this […]

by Ankit on August 11, 2019
Table of Contents IntroductionProject ValkyrieXander’s AidAmerica Rising a Tale of The Enclave Vault 1080 FCOM – FALLOUT COMMANDER Fusion City Rising Maxwell’s WorldVerdict Introduction Fallout is one of the few franchises that is famous for its mod friendliness. Most of the people buy Fallout 4 due to a large number of mods that are available […]