The Lost Treasure is an optional mission in Borderlands 2.
It’s given by an ECHO recording located in Sawtooth Cauldron, It becomes available after completing the story mission Toil and Trouble.
At level 25 the rewards are 6983 XP, $1074,Dahlminator which is a unique Dahl E-tech pistol.
This weapon is excellent at hitting enemies behind cover as it has projectiles homing on the target.
Let’s see how to complete the Borderlands 2 The Lost Treasure mission.

Your goal is to find the lost treasure of old Haven.
There are four missing pieces of the map that you have a chance to find after killing various bandits.
Once you gathered the map missing pieces and assembled it, Brick will give you the next objective in the Caustic Caverns.

Collect clues 0/4
Each time after killing bandits you’ll get a short story from Brick and the forth will be traveling to Caustic Caverns.
Now you’ll need to follow clues that lead to finding 4 switches located in Caustic Caverns. 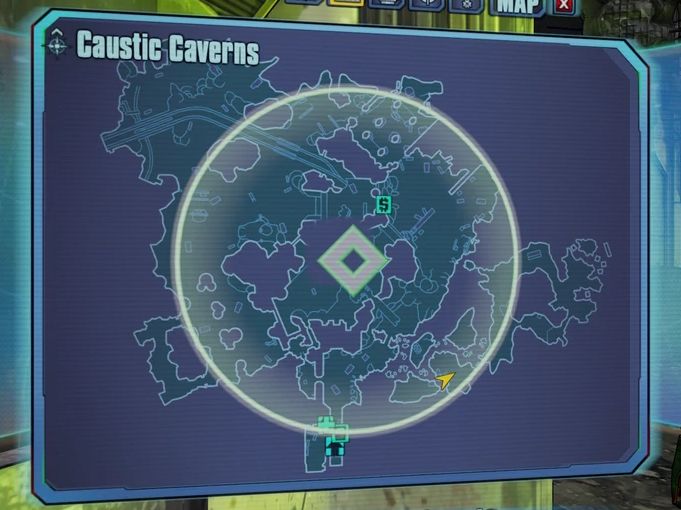 The first switch is Under the acid-soaked railway on the middle support pylon holding up remnants of the old rail above the caustic lake. 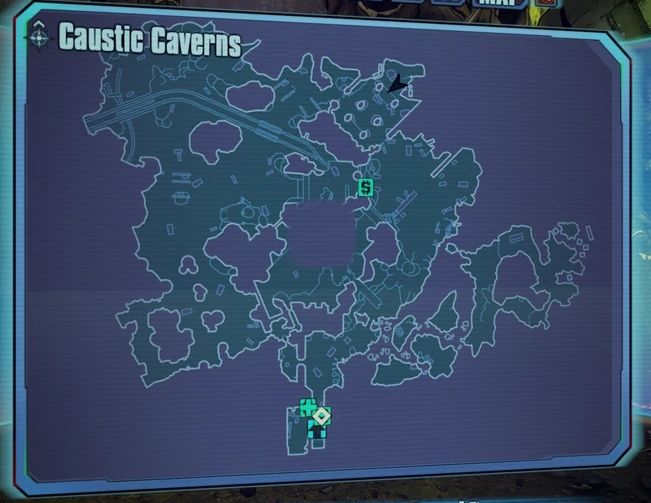 in the infested warehouse is on a wall actually outside the facility on the shore of the acid lake, facing a broken concrete slab with a green weapon chest. 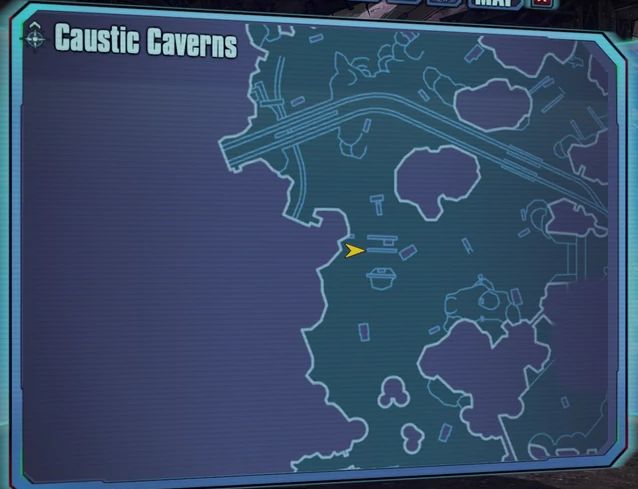 The one in the digger’s shadow can be found on the side of a transformer directly under the front of a bucket-wheel excavator near the Guardian Ruins. 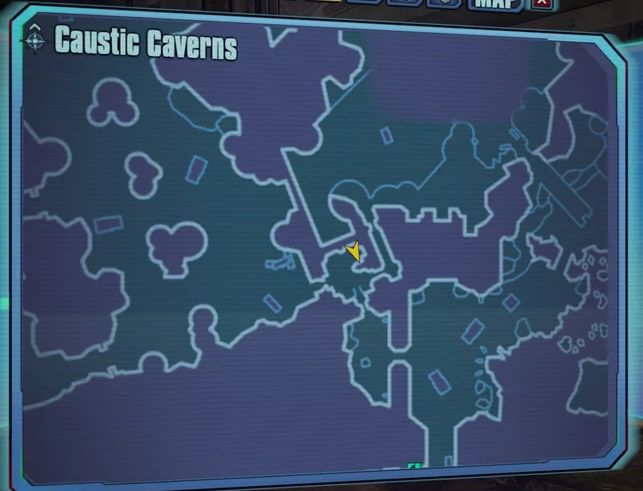 The last switch is on a wall in a corner of Dahl Deep Core 06 (Dahl’s bloody sixth).

Once four switches have been activated, ascension to the top of the facility is gained by way of an external service elevator between the Nether Hive and Rumbling Shore

The Varkid Ramparts above is an area predominantly populated with spider ants, plus the occasional varkid.
An open area in the upper reaches of the Varkid Ramparts holds a hatch with a switch, and accessing this completes the mission.

Creepy Bandit: They’ll never find it. Never find my treasure.
Was in Old Haven. Not anymore. Mine. Scatter the map. Give it to bandits.
Nobody will ever find it. NEVER!

Brick: Woah. Sounds like that dude was talkin’ about the lost bandit treasure of Old Haven.
If you find the pieces of the map, you could be the first person to dig it up.
Sounds like bandits have the map pieces, but there’s no way to know which ones got it — just keep killin’ bandits and hope for the best! Hahahaha.

Brick: Long time ago, there were these guys — the Crimson Lance. Worked for the Atlas Corporation.
They tried to kill us. It was pretty funny. That treasure you’re searching for belonged to the last of ’em.

Brick: After we killed their general, the remaining Lance either joined us in New Haven or went rogue.
The rogue ones set up shop in Old Haven, robbin’ and murderin’ anyone within a turd’s throw of their little city.

Brick: After a few weeks, Roland and Lilith headed to Old Haven and wiped the rest of the Lance out.
The Lancemen kept sayin’ somethin’ about a treasure of stolen loot they’d stashed somewhere.

Brick: You got all the map pieces, huh? Looks like you should go to the Caustic Caverns and follow the clues.
Everything goes well, you’ll be one rich Slab.

>> Mission objectives update:
Follow clues
Under the acid-soaked railway
In the warehouse on the shore
In the digger’s shadow
Within Dahl’s bloody sixth

>> Fighting his way through swarms of spiderants, at the end he finds Dahl red chest.

>> Vault Hunter opens the chest which turns the mission in.