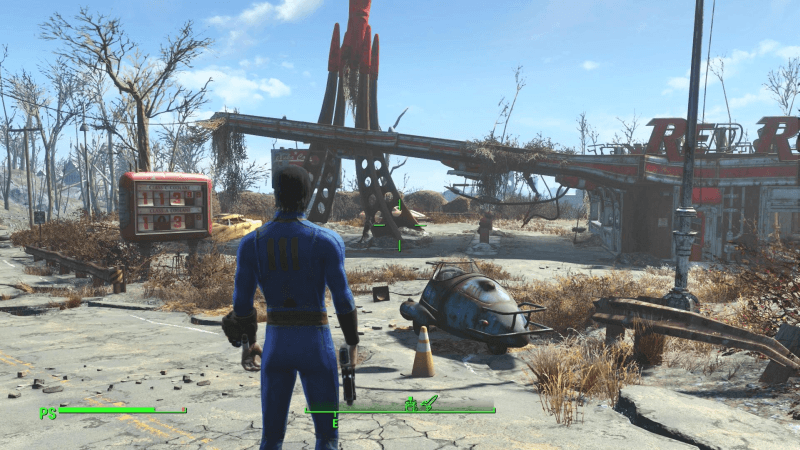 Fallout is one of the few franchises that is famous for its mod friendliness.
Most of the people buy Fallout 4 due to a large number of mods that are available for it.
Fallout 4 has so many quests that it would take you lots of time to complete all these quests. However, these quests are not limitless and they eventually end. If you have exhausted all of these quests then there are quest mods that can extend your gameplay experience. Below is the list of quests that will keep you going long after you end Fallout 4.

It could be one of the biggest and most important quest Fallout 4 quest mod available. The mod not only adds 15 to 16 hours of extra gameplay but it also lets you alter the ending of the game. The best part of this alternate ending is that you can finally have peace between all four factions. Such ending is impossible with the vanilla storyline. You will still have lots of choices and your choices in the game would decide the ending of Fallout 4. There is one drawback to this Fallout 4 mod, it can only be fully used before completion of the game.

The fact remains that it is the only quest that let you select the perfect ending. You can achieve the ending regardless of who you are aligned with or where you are in the story. If you have destroyed both the institute and Prydwen then the final quest would be shorter. This Fallout 4 quest mod adds dialogues tree and three fully voiced companions. It adds 20 more quests to the game which makes it a game on its own.

This mod is not a gun-blazing type of Fallout 4 quest mod. Instead, the quest focuses more on the investigation of your surroundings. You have to act like an investigator in this mod. Surely there are gunfights in this Fallout 4 mod but that is not its strong suit.  The quest begins after you talk to a person name Xander who tell you to investigate about his friend. Xander will ask you to find his friend and investigate if he is dead or alive.

The quest will take you on adventures that are new to the game. The world that this mod creates is different than the overall Fallout world. You will meet aliens during these quests, Yes aliens! The aliens are your enemies in this mod. You can’t complete this quest by simply focusing on the gunfight. You need to pay attention to everything around you. Read every terminal and think as a thoughtful investigator that’s the only helpful advice.

America Rising a Tale of The Enclave

You should have heard about the Enclave in Fallout 4. That’s the only thing about enclave. You hear about them and they don’t make any appearance. This misstep left many players disappointed. Many players couldn’t even understand what all this meant. This Fallout 4 quest mod not only bring enclave to the game but it also brings their base known as OilRig Enclave base. The Fallout 4 mod brings companions with full voices. Companions are not the only addition, you will be able to get a complete radio station along with brand new sets of weapons and gears. You will be able to meet the people responsible for the oil business in Fallout 4 through this mod. The mod will broaden your horizon regarding the world of Fallout.

Vault 1080 is an official NVIDIA mod which makes it technology-rich packed mod.
This leads you through a foggy, murky marsh to the ruins of an old church.
Bright shafts of light guide you through the shadows to Vault 1080, which contains three large levels of buried secrets and hidden horrors.
Uncover the story of a misguided congregation that embraced darkness and sickness in order to survive, and judge for yourself whether monsters deserve salvation.

This great mod combines Fallout Commander(FCOM) and XCOM together.
You can call in and command the forces of various factions, Organize your forces into squads and lead them into battle,
or turn them into settlers and bring a faction presence to your settlements.
It’s your chance to command on a real army and lead them to battle.

This Fallout 4 quest mod is one of the biggest when it comes to the addition of new places. This Fallout 4 mod adds a big city name Fusion city to the game which is much bigger than Diamond city. Fusion city is an underground community that has its merchants, vendors, mall, night club, hotel, subway and fight club arena. The most amazing part about this community is the fact that it is located in the middle of the Glowing sea. The location of Fusion City makes it the only proper settlement in the Glowing sea.

The quest will add 20 hours of new gameplay along with a large number of quests. This Fallout 4 mod also adds three companions with complete voices. These companions are as good as the vanilla one with their backstory. Quests of this mod are also very good because it ties the events of Fallout 3 with Fallout 4. You won’t be bored playing these quests.

The mod is a complete DLC in itself, adding brand new content to the game. This Fallout 4 quest mod can be compared with Nuka World DLC. Maxwell’s World is also an amusement park but its theme is different than Nuka World. According to the story, Maxwell’s World was the biggest amusement park in the country. You will need to complete a series of quests to get the ending of this mod. The ending of your experience will depend on the choices you make during your quests. This Fallout 4 mod brings new weapons, new clothes, new mechanics and new enemies to the game.
Here is a complete F04 Maxwell’s World Mod Walkthrough.

Your quests will start when you arrive at the amusement park. The park is not similar to Nuka World in any way. Instead of amusing people, this amusement park focuses on unleashing horrors on its visitors. Maxwell’s World has a supernatural theme, where you have to survive the horrors that it throws at you. The park can revive even the dead because living people are not its only guests.  The mod has seven-part main quest along with four different endings. You will also be able to find side quests in the park.

These Fallout 4 quests are the biggest quest mods of the game. Some of them are even bigger than full-size DLC. Now you don’t have to worry about quests anymore even if you have already ended the game. Prepare yourself to embark on the new adventures. If you have not played the game due to lack of content then now is the time. You can explore the wasteland once again with brand new stories to experience. All of these mods can be found on Nexusmods and you can download them for free.

"A day without playing is wasted day" This is Ankit motto in life. Ankit is not only one of our best Indian gaming bloggers but a great fan of Arcade and Xbox games. He loves to break records on well-known games and to do scuba diving in his spare time.
You might also like
FALLOUT 4GAMES

by Hunter on November 10, 2019
Intro Fallout 4 is the fifth massive entry in the series of Fallout video games, released by Bethesda Softworks. The game contains only Single-player mode, and it was released on 10 November 2015 for PS4, Xbox One, and PC. Set in the post-apocalyptic-themed world comprises a city of Boston and the surrounding region called “The […]

by Dylan on September 21, 2019
This is Fallout 4 Maxwell’s World Mod Walkthrough. The mod is made of seven quest parts, with seven different possible endings that depend on your choices during the main quest. It includes new enemies, new companions, and new weapons. To learn more about another mod of FO4 read this post. I hope you enjoy this […]