Hollow Knight Endings Guide And How To Unlock 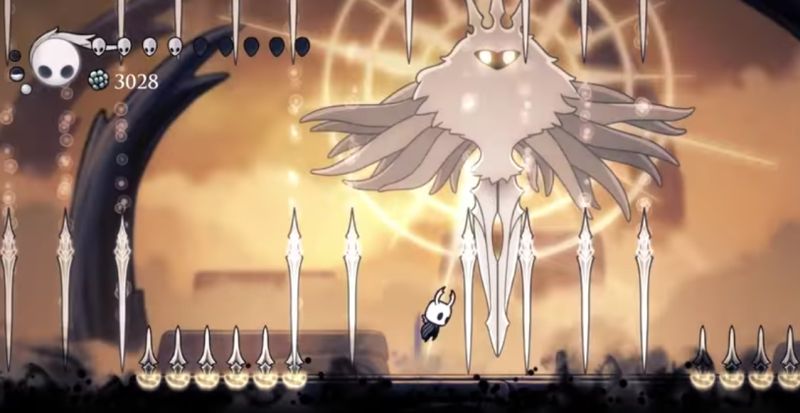 Hollow Knight How To Get True Ending

Hollow Knight is a game with few possible endings and as such, it can be very frustrating if not getting the true one.
The game has no less than 6 possible endings depends on certain requirements.
This post describes the available multiple endings, how they occur, achievements and how to hopefully end with a smile on the face.
*Be aware -spoilers inside!**

The Hollow Knight: The default ending 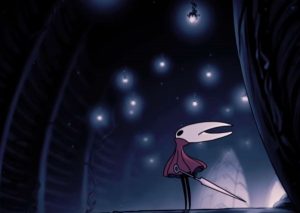 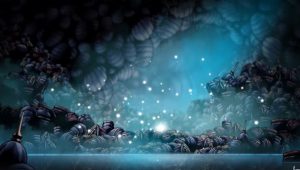 Having the Void Heart charm and entering the Black Egg will get this ending.
When Hornet tries to use her needle on the Hollow Knight’s shell, don’t use your Dream Nail but continue with regular attacks.
Defeating the Hollow Knight you’ll take his place as the new Knight while Hornet is sealed inside.
In this scenario, no new knights can enter the Black Egg so it keeps the cycle forever allowing the infection to spread.
Achievement: “Sealed Siblings”: Defeat the Hollow Knight with Hornet by your side 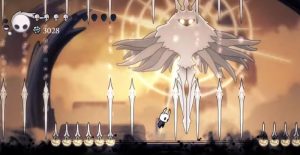 Once you’ve defeated all three dreamers you can enter into the Black Egg Temple.
For this, you need to obtain the Awoken Dream Nail and collect the void Heart.
For the Awoken Dream Nail collects a total of 1800 essence from various spirit bosses and Dream Warriors.
You’ll also need the two parts of the Kingsoul charm.

One half is obtained by defeating Traitor Lord in the Queen’s Gardens and the second half
can be picked from striking the King’s corpse at White Palace in the Ancient Basin.
To get into the White Palace, strike the Knight outside with the Dream Nail,
You will shift into the Hollow Knight’s dream world and can challenge the Radiance.
Equipped with the two pieces of the Kingsoul charm enter the Abyss most bottom section and into a new area.
Use the Dream Nail on the large black egg and ascend from the Abyss in the Dream World, this will change the Kingsoul into the Void Heart charm.

Radiance is maybe the hardest boss in the game with 1700 health and over 5 fight phases.
Prepare yourself and be equipped with charms for this fight.
Once you defeated the final boss, Radiance, the infection disappears along with Black Egg vanishes as the cycle ends.
This is the true ending for Hollow Knight.
Achievement: “Dream No More”: Defeat the Radiance and consume the light 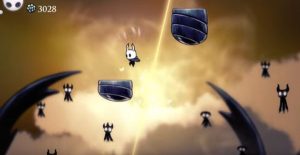 The requirements for this ending are conquering all pantheons and fight to defeat the Absolute Radiance Boss.
After Beating the Radiance, the Knight’s shell splits open and their Shade falls into the roiling mass of void below.
Achievement: “Embrace the Void”: Ascend the Pantheon of Hallownest and take your place at its peak 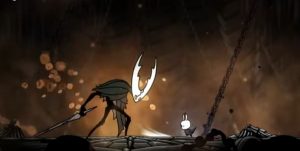 The requirements for these are:
• Conquering all pantheons
• Fight to defeat the Absolute Radiance Boss
• Having given the Delicate Flower to the Godseeker
The Godseeker and the Void disappear leaving only the flower upon the ground with a tinge of black on one of its petals.
Achievement: same as “Embrace the Void”

This can be after any other ending, you have found Mr. mushroom in all locations and complete his quests.
After the credits, you’ll see Mr. mushroom Mushroom flying off into the sky.
Achievement: “Passing of the Age”: Aid the Herald in moving on

"A day without playing is wasted day" This is Ankit motto in life. Ankit is not only one of our best Indian gaming bloggers but a great fan of Arcade and Xbox games. He loves to break records on well-known games and to do scuba diving in his spare time.
You might also like
Hollow KnightGAMES

by Ankit on October 14, 2019
What is Pale Ore? Pale Ore on Hollow Knight is one of the rarest items found in six different locations throughout Hallownest. Hollow Knight is a video game where performance in battle is only the lifeline of the protagonist; however, you will ensure that you’re heading enemies in every battle with the best possibilities. Although […]

by Hunter on October 4, 2019
About Hollow Knight Hollow Knight was developed by Team Cherry and was first released in February 2017. The game occurs in the world of Hallownest where the player movement is limited to certain items or abilities. To move the player need maps bought from a shopkeeper with a currency called Geo, he can also upgrade […]

by Hunter on September 29, 2019
About Hollow Knight Hollow Knight uses the subgenre of Action-Adventure, introducing exciting gameplay offered by Team Cherry. The game is available approximately all major gaming platforms, including macOS, PC, Xbox One, Switch, and PS4. Its storyline revolves around a knight, who embarks on an epic quest to reveal all the hidden secrets of an abandoned […]