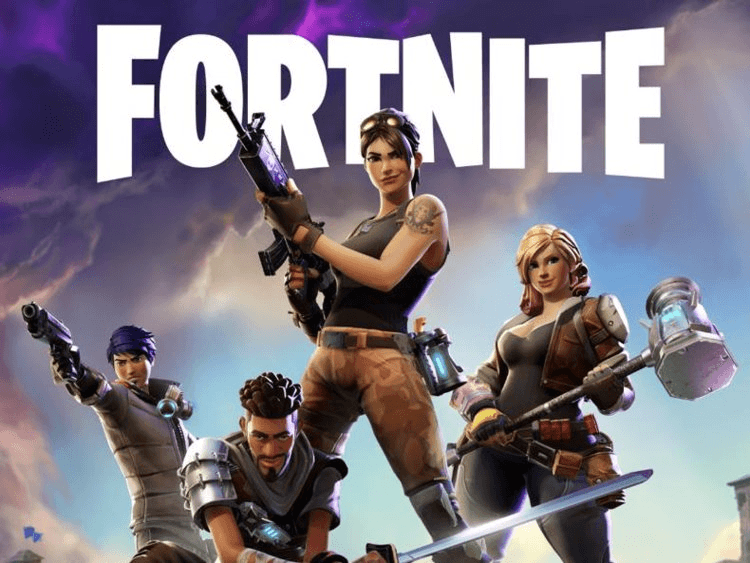 In this tutorial, I’m going to show How To Play Fortnite On Your PC/ MAC .

Install and launch Fortnite Battle Royale on your PC

A step by step guide 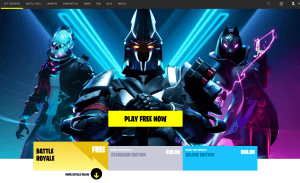 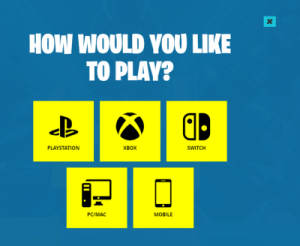 3. Create a new account on Epic Games or either sign in using your current account.
Your account can be used on any other gaming platform as well ( PS4, Xbox One, PC, iOS or Android) 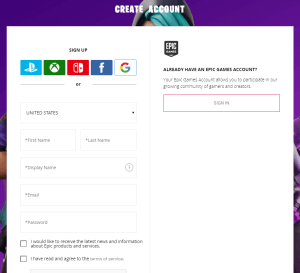 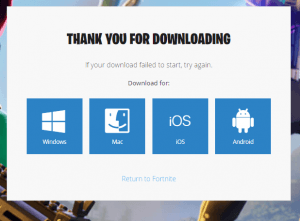 There are three basic game modes plus many LTMs available that you can choose from the right-hand corner of the screen.

Solo: one player (yourself) against up to 99 other players. this is also the default mode.
Duos: two players (you and a partner) teaming up to eliminate the other duos.
Squads: up to four players (you and two/three buddies) fighting the other squads.

Limited Time Modes (LTMs)
Limited-Time Mode represents a mode that is only around for a short period of time.
LTMs are usually only available for a week or so at a time so you need to make sure you try them out before they are no longer available.
These modes do tend to make a comeback, usually with some twist that makes them a little different.
Here are a few examples for LTMs:

50v50: Join one of two teams of up to 50 players
Playground: This mode allows practicing and exploring with weapons of all kinds, 1-4 people in each match,
Increased supply drops, 100 Supply Llamas and three Free Vending machines
Barebones: This mode has the map, compass, storm timer and many other elements of the Heads Up Display turned off.
Determining who is friendly and who isn’t during firefights and staying away from the storm will be key to picking up a Victory.
Close Encounters: Close Quarters Combat with Shotguns and Jetpacks.
One Shot: Low Gravity with every player has 50 health, Sniper weapons are the only weapon, Bandages are the only healing item.

How to play Fortnite with friends

If you don’t want to play solo, you can choose a friend by clicking on the “Party Finder” icon in the lobby or invite others
By clicking the “Friend Link” then copy the link and email to your friends

It’s free to play and download the game, but you can also buy items or experiences from the store to enhance your game
Experience.for that you need V-Bucks, an in-game currency that can be purchased with real-world funds.

Note: Fortnite: Save the World, supports only the first four modes.

In order to run Fortnite smoothly, you should have to meet the system requirements.

Want to get more tips about Fornite? find them here.

Here is the list of estimated sizes for downloading for different schemes. built is on the release of update 8.30.
As this game is an ever-changing game with rapid updates and covers, these statistics are likely to rise as time drives by.
You can expect more changes from the team of Fortnite over time because updates occur one regular basis.

How to Install Fortnite on Your Mac

Note: Your Mac should have the minimum Fortnite system requirements before continuing.
The flow is the same for PC except for selecting PC/MAC in step 2.
After installing you are only one click left from playing Fortnite on Mac, just click play and get started!

Fortnite is a video game First released in 2017 by Epic Games.
It is a fast-paced, action-packed game with the goal to be the last player or group standing, also know as last-man-standing gameplay.
It is distributed as three different game modes – Save The World, Battle Royale, and Creative.
All modes are using the same engine and have similar graphics and game mechanics.

In the first mode, Save The World, players are working together to fight off zombies, gather up resources and defended houses from attack. It was not so organized and no real story behind it, it looks more like a survival game.
The name Fortnite came from Save the World which lasts for two weeks where you need to build forts to defend yourself.

Battle Royale is the most popular one, the match starts by having all players skydive from a large aircraft within a brief time limit.
All players start with minimal equipment, giving no player an implicit advantage over the other.
Players need to find weapons and supply for surviving while eliminating their competitors.,
In Battle Royale, you have few playing modes like duo ,squads( 3-5 players) or mass (up to 99) as explained earlier.

In Creative mode, players can make their own private map with buildings, obstacles, etc.
It’s defined as a sandbox game. A game where the player has the ability to create, modify, or destroy their environment.

Because it allows many players to gatherer, Fortnite became a Massively multiplayer online game (MMO).
At the time of writing, there are an estimated 250 million players on Fortnite.

FEATURED, HOW TO GUIDES
FortniteHOW TO
Fortnite, HOW TO
About the Author
Dylan

Dylan has a passion for PC games of all kinds since he was a kid. He spends hours exploring and diving into the fascinating world of gaming. When he is not playing, he likes traveling and working on his retro motors collection.
You might also like
FortniteHOW TOFEATURED

Tips and Tricks to win more at Fortnite and the virtual life!

by Enjay M on August 2, 2019
Some video games leave a deep impact on the gaming industry as well as hardcore gamers. One such modern game is Fortnite which has gained massive popularity with players logging in from their gaming machines as well as their handheld devices. A battle royale setting laid out in a map, which is shrinking all the […]