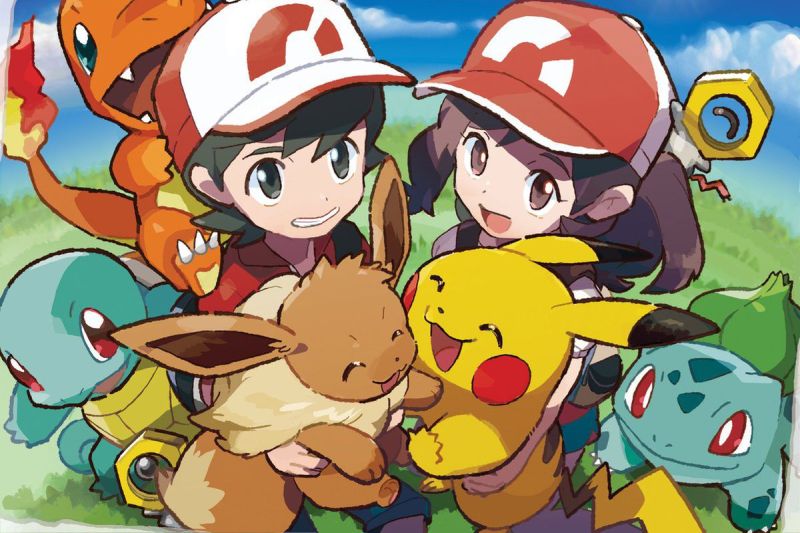 IV is hidden stats value which stands for Individual Value.
When a Pokemon has first generated it comes with this initial random value that can’t be changed.
Each Pokemon basic stat has six separate IVs: Attack, Defense, Special Attack, Special Defense, Speed, and HP (Hit Points).
The IV values can range from 0 to 31, with 31 being the highest.
Knowing the IV is not simple, but can be tracked by doing reverse-engineering at different levels and then by using a special calculator.
There is also a formula for calculating the stats.

What do the Pokemon Characteristics mean?

Looking at the Pokémon’s Summary screen, you can see that a Pokémon has some sort of special stats or Characteristics making it unique and giving his abilities.
To be accurate, there are also 25 Natures that can increase or decrease the Pokemon’s Base stats.
Pokemon Characteristic indicates which stat contains a Pokémon’s highest IV.
Such Characteristics can be “Likes to run” , “Highly curious” etc, and because it shows the highest IV it can mean that other statistics are even lower.

Here is a table showing Pokémon’s List of Characteristics  with each row containing the possible IVs values:

A character has the following IVs:

Because it’s highest IV is 22 in Defense, its Characteristic will be “Highly persistent”

A second character can have these IVs:

Because it’s highest IV is 29 in Speed, its Characteristic will be “Quick to flee”

In case of a tie between a few IVs the method to determine the Characteristic is based on modulo 6 value of the IV providing an index to one of the six stats.
I’ll briefly explain the meaning of each different Pokemon Characteristics and what it implies.

Loves to eat
Pokemon with this Characteristic will be over eater and will not chew the food well.
He likes to stuff food into his mouth on every occasion and will be more difficult to train.

Takes plenty of siestas
This type likes to take long naps and tend to be lazy.
Beware of not getting to sleep in a battle with such a characteristic.

Nods off a lot
This has the same meaning as Often dozes off, falling asleep especially for a short period is not
something you like to occur in a battle.

Scatters things often
Another name for clumsy and messy Pokemon.
He likes to have fun and one who needs to clean up after him.

Likes to relax
A calm and serene type who likes to relax without doing anything.
Easy to handle on a causal day but harder in battle because they don’t get upset easily.

Proud of its power
Pokémon with high self-confidence and very convinced in their attack power abilities.
The drawback comes when you need to take a defensive position as they will not obey and prefer to take the offensive path.

Likes to thrash about
This type like to use his body for the purpose of making painful attacks in battle.
They are hard to stop but exposed to traps of more moderate Pokémons.

A little quick-tempered
Easy to blow up and to get angry Pokémon.
Good for close fights but this also makes it more vulnerable to counter-attacks.

Likes to fight
Always ready to fight no matter what are the consequences.
Excellent for close-quarters but harder to train because they strive for getting stronger
and develop endurance in the cost of other things.

Quick tempered
Similar to ‘A little quick-tempered‘ but loss it more quickly.
They are hard to pacify in close-quarters and exposed to confusion and counterattacks more easily.

Sturdy body
Stronger than the average member in their class, can absorb blows and reduce the damage of physical attacks.
Respond with less sensitivity to physical pain.

Capable of taking hits
Damage taken from physical blows is reduced because of being able to psychologically handle the attack.
Trainers can’t control how much physical trauma this Pokémon takes.

Highly persistent
A type who will stand the battle in brave and courageousness.
Has greater endurance for physical pain.

Good endurance
Has less endurance than Pokémon with ‘Capable of taking hits’, but also
know his boundaries and will rather stay away from battle if he thinks he can get hurts seriously.

Highly curious
Will have much more curiosity than the average in his class.
This Pokémon likes to hang out and to peek into other business.
He doesn’t put too much thought into this which makes him very difficult to control.

Mischievous
This Characteristic loves to make pranks and to get into trouble.
They do this as a way of life because they like fun and been noticed.

Thoroughly cunning
We can call this Pokémon Characteristic the tactician.
This will be the type who use manipulation and mind games on his opponents and
can be somehow harder to anticipate if you’re not sharing the same way of thinking.

Often lost in thought
This type spends most of his time wondering and pondering instead of playing.
Having a hard time concentrating and focusing more than a few minutes.
They are difficult to train and use in battle because their thoughts can easily shift away.

Very finicky
Very fickle characteristics who persist to get what they want and can be even vicious to fill their desires.
Difficult to work with when they’re not pleased with the world outside.

Strong willed
Pokémon of this characteristic has a strong will to change the odds in their favor.
Even when the odds are against them, they will give all they have to end on top.
Somehow difficult to train if not align with their choices.

Somewhat vain
When it comes to their power and appearance they can be vicious and vain Pokémons.
Sometimes lunch vicious attacks if their pride gets hurt.

Strongly defiant
These Pokémons will be extremely difficult to control and mostly disregard the trainer’s orders.
One Advantage is the ability to absorb special attacks more effectively in battle.

Hates to lose
Stubborn with great willpower and almost never give up fighting Pokémons.
Likes to continue even when the battle seems lost and as a result hard to control when the battle has decided.

Somewhat stubborn
Possession of this Characteristic makes the Pokémon stubborn on about anything,
this can be food, combat, attitude, personal interests, etc.
Has more resilient to the effects of special attacks but can be hard to deal
as a result of their strong will and point of view.

Likes to run
This type enjoys running and showing others how fast he is in battle.
Can cause them to lose energy and become tired but also easier to train compared to
other Pokémons Characteristics.

Alert to sounds
It comes with excellent hearing skills and the ability to flee when they hear an unfamiliar or threatening sound.
These makes them harder to hit because of their sharp senses.

Impetuous and silly
A Characteristic who likes being silly and pulling jokes but less eager to fight.
Mostly act before they think and like to be on the move.

Somewhat of a clown
The extreme of ‘Impetuous and silly’ with more intelligent.
Ones who use humor and pranks as a way to entertain others but not to take responsibly for their actions.

Quick to flee
This Pokémon type will flee in the sense of the slightest danger.
Easily scared with the drive to run off danger makes them difficult to train
and to control their natural characteristics to flee.

"A day without playing is wasted day" This is Ankit motto in life. Ankit is not only one of our best Indian gaming bloggers but a great fan of Arcade and Xbox games. He loves to break records on well-known games and to do scuba diving in his spare time.