Resources are materials that you use to craft (build) other items in the Foundry using Blueprints.
Most of these resources are obtained from performing missions and collecting them while playing, but some
come as rewards. Resources exist only in specific planet systems but some can be dropped from missions elsewhere.
We can classify resources according to their commonality:

Uncommon Resources
Less common resources in quantities usually between 10 and 30 and up to 100.
Drop can come from lockers, breakables, normal enemies and bosses.
Some Uncommon are Plastids and Circuits.

Rare Resource
A resource that usually drops one at a time and no more than 2 or 3 times.
It can be obtained from defeating bosses, a specific type of enemy or filling specific missions.
Orokin Cell is one example of a rare resource.

Research Resources
These will be an uncommon resources necessary for the research process within the Clan Dojo.
Dropped by enemies and marked with a distinctive blue color.

These tips can help in locating or picking resources:

Before we get into each resource details and how to farm it, a note should be given that when using the word
report this is based on different player’s experiences while playing the gaming.
Some players use more resource-oriented warframes, others play in groups, therefore, the results you get can be different. 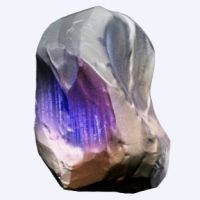 Void based radioactive rare resource that decays every day it is out of the Void,
After some time it’ll disappear from the player’s inventory.
Sources: Orokin Void Missions, Corrupted Vor, Stalker

How to get Gallium?

An amorphous solid,possibly Orokin technology.
Even so, it’s rare component, it’s one of the easiest rare to get.
Sources: Mercury,Mars,Pluto,Europa, Pluto.

Fibrous technocyte tumor. Handle Infested tissue with caution.
This is a common component that comes in lots of 100 -200 pcs.
Sources: Saturn,Neptune,Eris,Orokin Derelict.

Implanted neural-link for controlling augmentations. Grineer design.
This is a rare resource, but from Update 9.0 the item drop rate has increased up to 6 per drop.
You can also buy in the market one unit for 10 platinum.
Sources: Jupiter.

Where to farm Neural Sensors?

Where to farm Orkin Cell 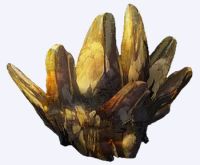 Oxium is a rare lighter than air alloy of Orokin origin used in certain Corpus Robotics.
The enemy which drops this resource is Oxium Osprey with a rate of 7-12 per Osprey,
But only if he was destroyed by the player directly.

Tip: No need to buy the resource drop chance booster for getting Oxium, because Oxium ospreys have a 100% chance drop.

This rare metal is foreign to the Origin System and can only be found in asteroids that have made the long journey from other stars.
Sources:Archwing Missions.

Thanks for your feedback!

Warframe Mods Guide And how to get Condition Overload