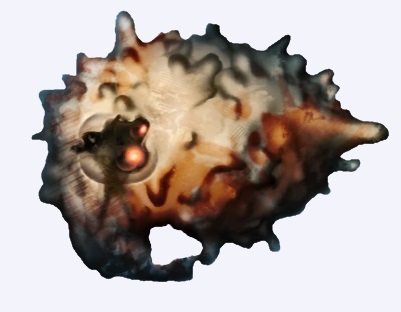 Warframe Plastids and why You need them

Before starting, you should know what Plastids is and for what purposes you can use it.
Plastids are considering as one of the rarest resources that will help you in upgrading your Warframe, as well as several weapons and items.
During the walk-through, you come to know that they needed for such kinds of upgrades once you found like blueprints and other accessories to improve the strength of your characters.
Plastids are rarest but one of the hardest ones to locate because they come in a small amount when farmed.
You need Plastids many times to craft as it is serving as one of the valuable resources required when you discover new technology in the Dojo.
The future of your clan needs lots of Plastids, and most of the equipment you need to craft as well.

How and Where to Farm Plastids in Warframe?

Let’s start the article with how to farm Plastids in Warframe.
One of the best ways to collect some Plastids is survival missions where they are available in bulk.
Lots of traits are there that will help you to increase the chances of farming Plastids, depending on the location that you are exploring. Farming Plastids might be difficult for some players as the majority of them know how to farm Plastids, but some things aren’t able to find the right places and the right missions as well. Here’s a list of Five Planets where you can easily Farm Plastids, such as:
• Phobos
• Uranus
• Saturn
• Pluto
• Eris

Although Plastids can be farmed in several planets, however, the outcome will be in low amounts than expected, and it won’t be the first among other resources available on any earth.
We suggest you choose Saturn for farming because of a few enemies and the chances of getting a bonus in the form of Nano Spores with Orokin Cells.
There are two suitable Missions to acquire Plastids in a massive amount along with other rewards, such as Titans and Piscinas.

If you’re new to this game, you should visit Phobos first, because of the lower drop rate. It would be a good starting point as it offers less difficulty level compared to other locations. Therefore, it may be a perfect location to gather Plastids, though different sections are much better for you to farm Plastids.
Once you get ready, turn your aim toward other planets like Pluto, Eris, and others.
You can engage yourself in survival missions, where you confront waves of enemies.
Although they are tough to complete, grants you practical ways to obtain Plastids.

Finding an easy way to Obtain Plastids in Warframe?

If you’re one of those who are searching for the simplest ways to acquire Plastids in Warframe, then you are at the right place.
As said above, you should take a start from Phobos, where several survival missions will help you in obtaining Plastids a lot faster than other ways.
There’s only one rule: the more struggle, the more rewards you get. Besides finding the most straightforward ways, there are some better ways to select Plastids and require the purchase of boosters.
Purchasing boosters will increase the speed of drops, and some extractors can help you in gathering Plastids in the background. Choosing which place is best for farming Plastids could be a tough big step and will leave you a lot of benefits later on when you need it. The thing you should only know is that you need many Plastids if you intend to craft better equipment as they are required to create items.

When Hunter was a little boy his brother used to play Half-Life and the rest is history. from there Hunter starts playing with the best shooting games for PC. These days he likes not only playing FPS (first-person shooters) but exploring a variety of other Games while writing about his impressions and experience.
You might also like
WarframeWarframe collectionHOW TO GUIDESWARFRAME