Super Smash Bros and the path to nostalgic but better game play! 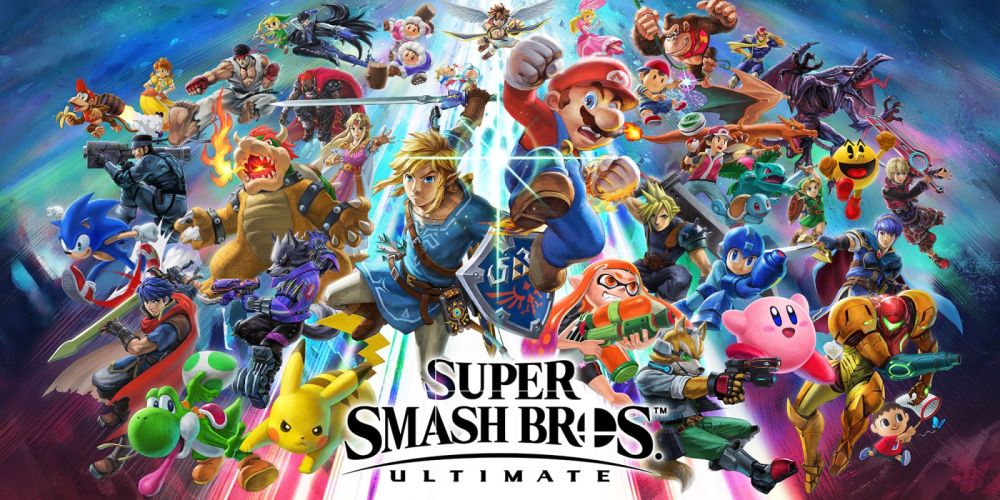 Some games are played for developing hand-eye coordination and some are played for mere fun purpose. However, some games are played for nostalgic values. Super Smash Bros is one such game where all Nintendo characters (and some more) are brought on one screen. You can select from either of the characters and enter a story or a battle mode where you fight 1-v-1 with your character either offline or online. Since this is a simple two-button fighting game, many players just don’t learn it and start playing. However, the game developers have added tiny details that can be used to your advantage while in a fight. This post sheds some light on these minute learning that you can perform to better your gameplay many-a-times.

In most 2D battle games, there is a health bar of the opponent that you have to deplete without yours getting run out. However, SSB has no bar and the objective of the round is to throw the opponent off the platform or fighting stage. You need to throw the opponent thrice in order to win the game. Although, throwing off depends on the damage you inflict that is indicated by a health indicator. Once your character or opponent is thrown, the health remains the same in respawning.

All-Out Attack Is Not The Right Method

All of the above makes it more of a strategic fighting game like the earlier face on “attack only” fighting games. You don’t have unlimited blocking power and you need to play defensively at times. Therefore, it needs to be played more tactically then ripping out continuous “had-kicks” depending upon the opponent to lose health even when he is blocking.

Basic Controls That Everybody Knows

The joystick is used for forwarding and backward movement (double tap for dash) whereas buttons A and B are only used for attacking. A is the normal attack whereas B is the special attack. You need to keep pressing B for a long time to bring out a more damaging special move. The longer you press B the more damage you will inflict. You can also go into an attack move by going from Dash to attack move that gives little time to the opponent to react. You can also skid or stop a skid amidst the move if you see that you won’t be inflicting any damage.

Advanced Controls That Nobody Knows

However, there are some advanced moves that you can learn in order to outsmart your opponents. You can easily learn these moves from YouTube. The moves that you must learn and master include:

Spikes Are The Sweet In This Character-Fest

Let us shed some light on spikes which are the most important attacking element in your arsenal. This allows you to keep your opponent off the stage for a longer time and eventually throwing them off for a KO. Most characters perform this move in air which you will have to check while you play with different characters. You need to figure out the right place and time to dish out the spike for every character. All you need to do is find the sweet spot of the Spike so you can send off your opponent off the screen without getting any further damage.

A perfect Shield Is An Art Form

R activates the shield which has a limited lifetime. If you don’t leave the Shield button, you will lose your shield and will be stunned for a while. Timing of the shield is all that matters as if you release the shield once the opponent is completing the move, you will have time to strike in the lag time (after every move). This is the ideal time to strike so leave the shield at a precise moment in important. If you release it early you get hit by the opponent move which is in process.

Pokémon Specials Are Not Be Missed

Assist Trophies Should Be Priority Number One

Just like Poke balls, assist trophies to appear in the round. You need to get hold of them and unleash them towards your opponent. A surprise character (ranging from Pac man to a cute dog) comes out and fights on your behalf. You can inflict damage at the same time as well so your opponent has to fight the special character and you at the same time.

Not all characters are available at the start of the game. Therefore, you need to play the story mode and unlock characters on the way. However, not all characters unlock the same set of characters so the table below will assist you if you are going for a specific character.

Alternate Costumes
Highlight a character, and press any of the four C-buttons to use an alternate outfit

Item Switch
To get the Item Switch, which allows you to alter all item related aspects of the game in versus mode, simply play 100 VS. mode matches of any length.

Sound Test
To gain access to the sound test menu, complete bonuses one and two with all 12 characters. The option will then appear under the data menu.

Mushroom Kingdom
You must first beat the game with the original 8 characters and then play every multiplayer stage at least once.

Therefore, if you are a hardcore Nintendo and 2D battle fan than this is the game for you. However, if you are a bigger fan of winning games than go through the pointers above and try to execute them in every round you play. You may lose early on but you will move towards invincibility as you keep on practicing. There is no better feeling for a gamer that being better than most of his opponents!