1
new
How To Farm Any Warframe
GAMES
17
0
previous article
Pewdiepie’s Tuber simulator Overview
next article
Tips and Tricks to win more at Fortnite and the virtual life! 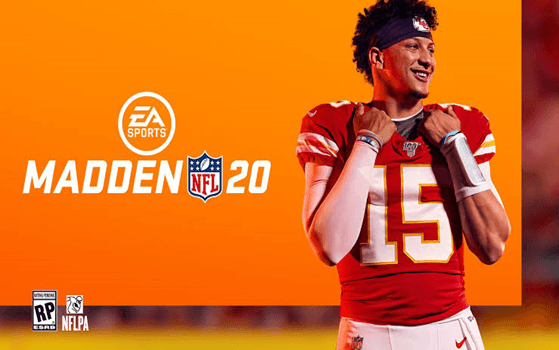 Madden NFL 20 is an American football video game created by EA Sports, which is based on the National Football League. The game was announced on April 25, 2019, and Patrick Mahomes was unveiled as the cover athlete. The game was later released on August 2 for Microsoft Windows. It is incredibly fun to play, and it helps one to learn about the game of football and all the players in the league. EA Sports does a phenomenal job designing the players just like their real-life player.

The players are designed with approximately 45 attributes. some traits, and an accurate appearance so that they truly feel like NFL superstars. A game controller is highly recommended for this game for the optimal gaming experience. It features a new personalized career campaign, which is called Face of the Franchise: QB1.

This career mode kicks off with you creating yourself as a quarterback and choosing your facial appearance. When you are done with this, you choose a college you will like to attend. also possible to compete for a national championship in the college football playoffs. Try to be at your best, since your performance in college football has a huge impact on your abilities and your draft stock. Also, try to take home the title. A quick reminder, the combine comes before the NFL draft. The combine is a key part of the drafting process.

On draft day, you will find out where you will play and where your NFL career will start. No matter where you get picked, you will have to prove to the manager that you belong playing with the pros. You must make each opportunity count, from the first round to the last. Start building your legacy by winning games for your franchise and bringing in Super Bowls. Your legend grows as you win Super Bowls. Build a strong legacy and take your place as the face of the franchise.

One thing that interest most people about the newly developed Madden NFL is the return of the Pro Bowl. Pro Bowl is the first thing you will see during the installation of Madden NFL 20, and you can play it while the game installs. During your franchise seasons, you will get the chance to qualify for the Pro Bowl. This is a great opportunity to add to your experience and also to your legacy.

There are also a series of improvements that have been made to the development traits. few are run game, coach mode, progression updates, draft updates, contract updates, gameplay effects, etc. Apart from Face of the franchise QB1, the game is loaded with all-new gameplay innovations like Factor abilities, Superstar X – Factor abilities, signature animations, new playbook updates and a new approach to the soundtrack.

Thanks for your feedback!