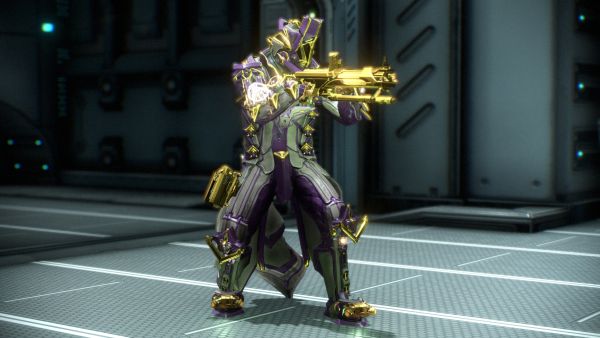 Warframe is an ARPG and Third-person Shooter video game where each choice does matter. Before starting, the game asks you to choose your favorite Warframe, weapons, your play style, and gameplay experience. Too many options are there that grants you freedom when it approaches how you intend to play. With lots of options, players become confused about where to start playing the game. That’s why we compiled a guide for beginners about “How to Play Warframe,” especially for those who are new to this game.

How Should You Start Playing Warframe?

You would be amazed to know that Warframe was released with a massive world that spans the enormous galaxy and beyond, ranging from Planet Earth to Void. However, as a newbie, every player would be interested in unlocking as many maps as possible to discover what they have. Unlocking areas through challenging mission nodes will lead you to Planet’s Junction, where you will confront a boss. Defeating the boss will let you mode to the next planet full of resources and legendary items to use. You would be amazed to know that the developers have scaled each planet in levels, offering you an excellent opportunity to rank up your Warframe at very first and weaponry, then get familiarized with the gameplay of each challenging mission at an affordable pace.

Additionally, the unlockable planets come with new Stories of Warframe, missions, collectible resources, and enemies to battle. There’s a trap on the Planet Earth, known as Plains of Eidolon, promising to offer an open-ended world full of Non-player Characters and legendary items. Many newbies stuck over there because of considering it more worthwhile to navigate for having all of the required objects before going to the next Planet. We suggest you not to fall for the siren song of Plains as lots of bounties and other activities offered on that said plains are meant for high-level weapons and frames, it means you will be trouble as a newbie.

How Do You Get Stronger in Warframe?

One of the most prominent things in the complicated parts of “How to Play Warframe” is how to make yourself more energetic in the early hours of your gameplay. Upon leveling up, weapons and your character won’t be overpowering, unlike other titles. The game features two different ways to make your character and weapons stronger, such as:

As a newbie, the former players will be your best companions, and they may teach you how to be stronger in the early hours. Luckily, the game features a ranking up system, which is quite simple to learn, and your weapons and Warframe will automatically earn Affinity and can use to kill enemies. You should be focused on making as many Affinity as possible, and those collected items will rank up automatically. Note – ranking up doesn’t mean you will get stronger automatically. You should mod them to make them compelling.

How to Mod an Item?

If you intend to mod an item, then you must find an arsenal of the ship and just walk in a line down, and there you will find it ready to grab. After getting to close, you find a prompt that you can use to activate your arsenal, and doing this will lead you to a menu enabling you to choose companion, weapons, and Warframe. Hovering your mouse on the specific item will display you an upgrade option, and upon clicking, you will be presented a mod menu that enables you to drag and drop modes onto your weapons and Warframes.

After having so many choices, asking questions like How to Play Warframe in 2020 will lead you to get you many answers. Try to play Warframe for a few hours, and for sure, you will be there with more ways to spend your time.

Warframe Beginner’s Guide: How to Level up Quickly

Warframe offers you challenging gameplay with a perfect blend of Action, Role-playing and Third-person Shooter elements. You would be shocked to know that the best thing about Warframe is that both new and skilled players can complete a mission with the same difficulty of the level at the same time. In short, experienced players can have less efficient gear as they know how many times they have to level them up in the game and they get obsessed with forma. You should know that the game is full of items, weapons, and equipment, and each one has a level, starting from 0 and can approach to 30.

Levelling up can be proved as a stringent procedure if it didn’t do correctly, but considered it is always rewarding in any case. Levelling system will make sure the items you have to get powerful as your character ranks up. The increasing level of any weapon will leave you several benefits and increase the mod capacity. Therefore, we compiled a Warframe Leveling Guide to teach you how to level up faster by following the proven methods to optimize the process.

Benefits of Leveling Up

It is confirmed that levelling up system can be beneficial for you in that case if you know how to execute it. Once an item is levelled up, it will unlock more mods; in short, the capacity of item increases once it gets modded. Throughout the game, both Umbral and Primed will make players Forma, while setting up an Orokin Catalyst or Orokin Reactor will increase the mod capacity two times. You might know that Forma is required to accommodate mods in a better way.

Learn how Forma Interact with Levels does

Before using, you need to know that Forma can completely reset an item to its initial stage. Using Forma will maintain the mods on that item, but also alter the polarity at the same time. You can easily roll back the level up to 30, but again the level reaches to zero if you use it twice on the same item. That’s a place where leveling efficiently will assume a vital role. During the game, when you acquire a weapon or Warframe that you intend to optimize using the mod capacity, you will have to take it through several Forma cycles. It could be severe and repetitive, and the majority of players prefer to spend their times in farming resources, rather than releveling the items.

Some Efficient Ways to Level Up

In the game, Affinity is an experience metric used for weapons, Warframes, and companions. To level up your character and weapons, Affinity is required. Now, the main question is that how to earn Affinity in Warframe. The answer is quite simple; you can grab lots of Affinity from daily rewards, acquire them from Loot, or even can purchase from the in-game store using the currency “Platinum.” Before distributing Affinity among loaded weapons, you should confirm first for what slot you intend to level up. The most efficient way is to equip the Warframe and Weapon to level up and leave other slots empty. It will make sure that Affinity will focus on items you wish to level up.

The Best Places to Level Your Gear

If you’re looking for the best places to repeat the process of your leveling session, then we suggest you two places, such as:

Both areas are full of enemies that spawn in a small section. The weapons that are capable of dealing much damage have a field day in such type of areas. The completion of challenging missions like survival, excavation, and defense will leave you Affinity Boosts for each session, making Hydron a better option.

You should know that leveling up in a team doesn’t have any participate effects. You need to make sure that whenever you are trying to level up, you have only one weapon or Warframe at a time for better result.

When Hunter was a little boy his brother used to play Half-Life and the rest is history. from there Hunter starts playing with the best shooting games for PC. These days he likes not only playing FPS (first-person shooters) but exploring a variety of other Games while writing about his impressions and experience.
You might also like
WarframeWarframe collectionWARFRAME