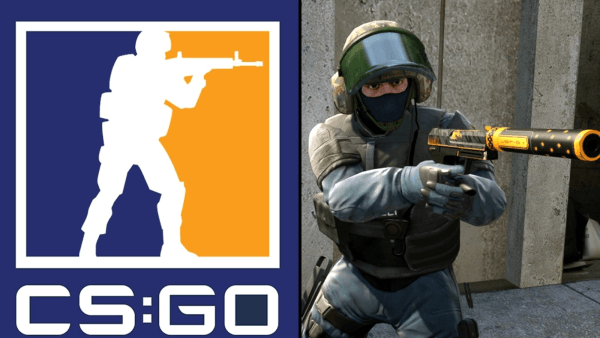 Counter Strike: Global offensive went free-to-play on December 7th 2018 with a new battle royale mode: Danger Zone added to the game. This led to a huge increase in number of players of the game but also brought in a storm of hackers. Although all the players who initially bought the game were given the prime status upgrade, the new players had no fortune over the hackers and it became a menace in the non-prime world. The new players can buy the prime status or get it for free by leveling up to experience rank 21. However now-a-days number of hackers has decreased compared to initial free-to-play stages of the game.

All the official matchmaking games are played on 64-tick servers with latency of below 150ms by default. You can choose the maximum latency you want to play on and you will get matches based on your location and nearest servers.

If you are planning to play official matchmaking in a non-prime lobby, prepare yourself to face/play with hackers once every 2-3 games. The higher the rank you are placed, the more chances of meeting a hacker. The only thing you should look forward to right now is the prime status upgrade at level 21.

Prime lobbies in official matchmaking are less prone to hackers but then your game experience depends on your teammates and their ranks.If you are playing in a silver lobby, you will find teammates who believe in run and gun (utility(grenade) use is minimal). They might often get toxic, there may be someone afk and what not.

If you rank up and start playing in a Gold Nova lobby, the utility use will increase and you might find players with decent aim. However, the strategic play might not be found in this lobby.

Talking about Master Guardian lobbies and above, you will find players with decent aim, good strategic plays and predefined roles (sniper, riflers etc). Toxicity and rage exists in all the ranks but remember to have fun while playing the game!

Faceit is a third party matchmaking platform. All the Faceit matchmaking games are played on Faceit community servers which are 128-tick servers. Here the latency of the servers depends on your location and the nearest Faceit servers. For example, if you are in western Asia (near India) the best latency you will find would be over 50ms, while on official servers it may as low as 5 ms.

You will face almost no hackers in Faceit servers and all of the players would be more serious about the game compared to official servers. Majority of CSGO players do play on Faceit servers along with the official matchmaking.

You will find a “community server browser” tab in the play window which will enlist all the registered community servers. These servers may be 64-tick or 128-tick and may require you to have a prime status for joining. These servers have a variety of game-modes like casual, deathmatch, competitive, AWP vs AWP, One vs One, Pistol only, Hacks vs Hacks, B-Hop servers etc. You can hop into one anytime if they are not full and enjoy the game mode that they offer.

Workshop maps contains the maps created by the community for different purposes. Most popular workshop maps are the cross-hair generators, recoil control practice maps, aim practice maps, hide and seek maps etc. These maps are mostly hosted on your computer and not on any servers. Workshops maps like recoil, aim practice are very helpful for increasing your skills while maps like hide and seek provide a fun time with your friends!

Danger Zone is a battle-royale game mode hosted on the official servers. Players are distributed in a team of two and the probability of finding a hacker is very less. Although it is a new game-mode with two new maps, most CSGO players prefer competitive over battle-royale but still you will find matches within 5 minutes of wait time depending on your location to the nearest servers.

How to Rank-Up in CSGO

Nobody actually knows how the CSGO ranking system works except Lord Gaben himself, so there is no definitive way to rank-up. However, there are a few tips and tricks that you can use to get a guaranteed rank-up.

To summarize, try to have fun and play like a team instead of focusing on individual performance and remember that it’s a game that is not based only on point and shoot but there is a lot more to it.

"A day without playing is wasted day" This is Ankit motto in life. Ankit is not only one of our best Indian gaming bloggers but a great fan of Arcade and Xbox games. He loves to break records on well-known games and to do scuba diving in his spare time.